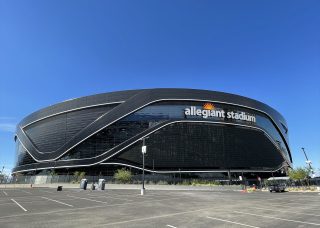 Allegiant Stadium is the new home of the NFL's Las Vegas Raiders.
Allegiant Travel Company, the parent company of low-cost airline Allegiant Air, has signed a 20-year naming rights agreement with the Raiders.

The total construction cost is $1.8 billion, and the design incorporates futuristic elements, with the entire stadium built in the Raiders' colors of black and silver. It looks like a black spaceship/fortress (aka. Death Star) that could have appeared in a Star Wars movie, and the Raiders logo can be found throughout the stadium, giving the stadium a Raiders' house.

The "Al Davis Memorial Torch" carries on the spirit and pays tribute to Al Davis, father of current owner Mark Davis, longtime owner, GM, and head coach, who created the eternal vision and outstanding accomplishments of the Raiders. This 85 feet tall torch (The world's largest 3D printed object.), which stands through the 100 to 200 levels, is only lit during every Raiders game.

The nearest hotels to the stadium are the Mandalay Bay Hotel and the Luxor Hotel, which are a 15-minute walk to the stadium. Therefore, we recommend that you use these two hotels as your main point for transportation before and after the game. Of course, if you have no problem with a bit longer walk, starting from Excalibur Hotel, Tropicana Hotel, or MGM Grand Hotel is also an option.

Please visit the official Allegiant Stadium website for general information, but here is what we have learned from our experience, which is described on the next page.

The Las Vegas Raiders' 2021-2022 season began amid a pandemic and completed its first season with spectators, enforcing the most stringent Covid-19 safety protocols of any NFL stadium.

Under these circumstances, the new Allegiant Stadium was unveiled to Raiders fans for the first time and is a very cool and nice stadium, full of Raiders spirit.

Here is some information you might want to know on Raiders' game day.

It is very exciting every time we visit the stadium for all NFL fans. The Allegiant Stadium Tour gives us a great experience. We will explain the difference between the two types of tours they offer and the tours listed as "limited field experience." 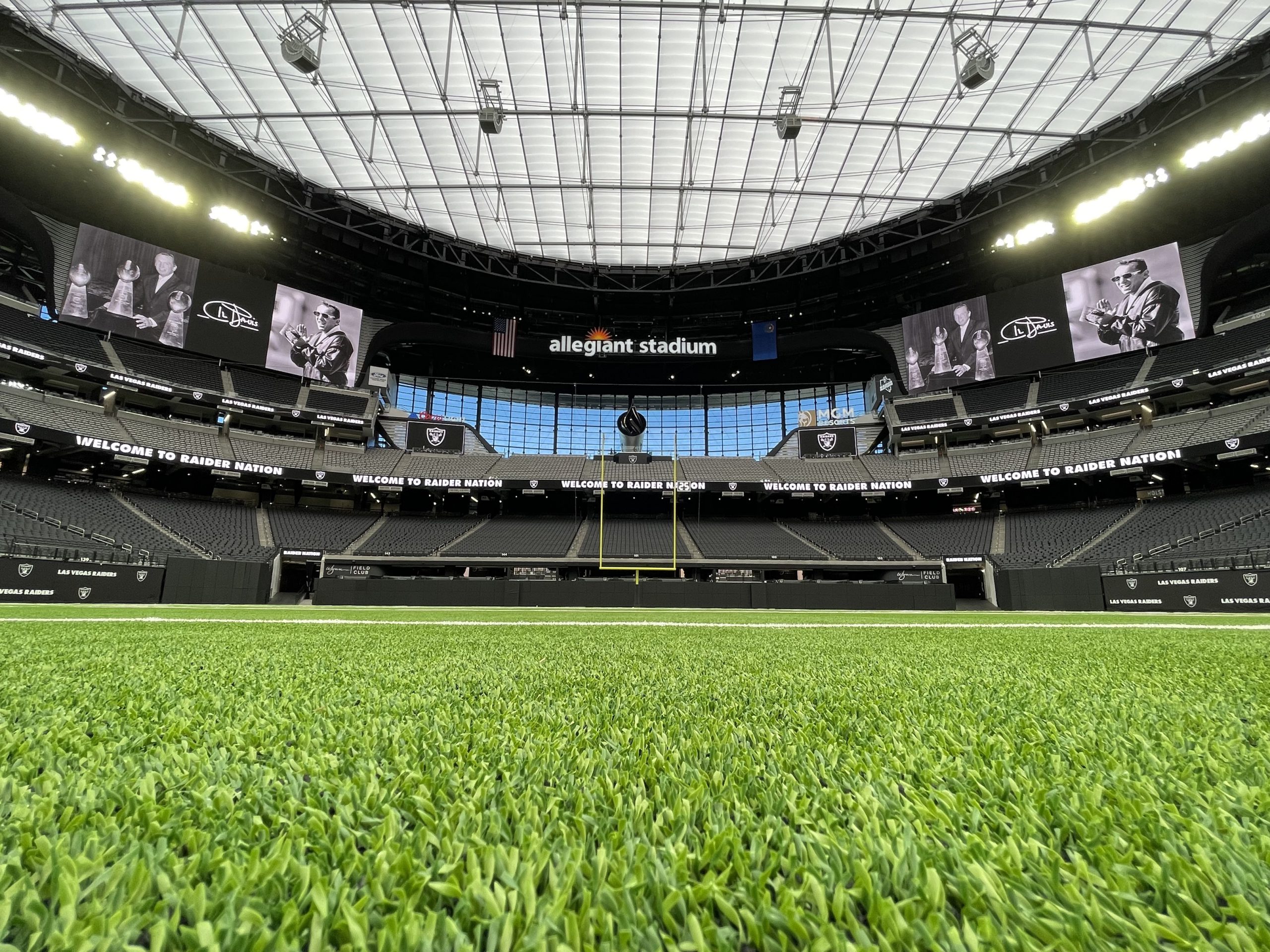